Impacts on my readers 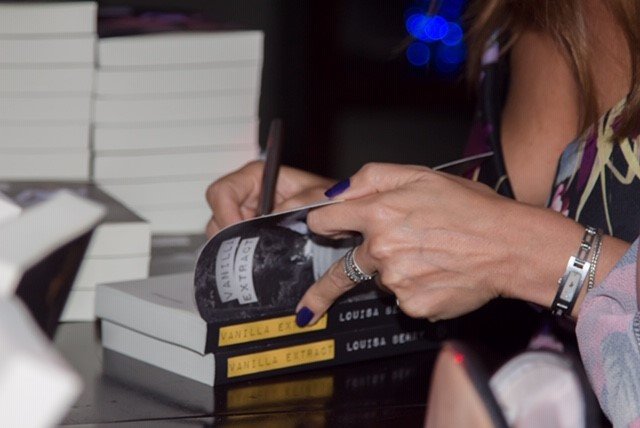 Vanilla Extract saw the start of a journey.  The main character, Lou, recently separated from her husband and, being of a highly sexually driven nature, the world was now her oyster.  The world had also moved on since she was married.  It was far more liberated and accessible.  She could pick and choose exactly what she fancied to feed her lustful appetite and she feels no shame in doing so.  Instead, she explores scenarios she possibly never would have done as a younger, less confident woman, and the writing is rather explicit.

Readers have told me that since reading this collection of encounters, they have questioned their own beliefs when it comes to ‘free love.’  One woman said it was her light bulb moment; that she didn’t have to sleep with her date just because he bought her dinner.  She learned that it was ok to say “no thank you.”  Previously she had been of the opinion that it was part of the deal that she had to end up in bed with him regardless.  Now she felt empowered to object and quite rightly so.

Whilst I expected the readership to be mainly women, I was surprised to hear from so many male readers.  One in America told me he read the book twice in quick succession.  The first time round he was shocked by the honesty and the humour and during the second read, he took notes!  His intention was to write down tips and methods for pleasing his wife because he viewed Vanilla Extract like a guidebook!

A male work colleague responder bought the book as a present for his wife and he was certainly benefitting from her reading it!  She would narrate the sections she particularly liked and ask to re-enact them.

I have a large following on Facebook as a result of Vanilla Extract and one reader said, “Not to sound too rude but your book has helped me and my wife have fireworks again!”  Another reader going through a dark place told how it provided her with the ideal escapism. How very rewarding and unanticipated!

A retired ex-colleague of mine said that I had ‘humanised’ the subject of swinging and it was far more relatable.  Vanilla Extract moved you away from the ‘pampas grass front gardens and key-swapping parties,’ which were images from the 1970’s, to something you could quite easily imagine and know it was within your grasp, should you so decide to go down that path, as Lou most definitely did.

I had similar reactions after Cinnamon Twist was released. The content touches on some lesser popularised practices and whilst they most definitely are enjoyed by many, they are perhaps a little more taboo. It’s funny what’s seen as acceptable and what is not. It’s very subjective. One reader told me my words had helped to restore faith in his own body. He had been told over the years that the fluids his body produced naturally were far more excessive in volume than others and from the age of 18 he had believed that to be true. Upon reading my books in his 50’s, the stigma had been lifted when he realised he was not abnormal at all. He had lived with his shame for all those years when in fact there was nothing wrong with him! I’m glad to have brought some relief – in that sense!

I am looking forward to hearing the reactions from readers of Chilli Dip. I’ve been told people like being able to relate more to the main character as we delve deeper into what makes her tick. Someone has already suggested that if you are having relationship issues, then it is one to read, whilst another said it picked her up when she was feeling low! I’m thrilled to be able to help people in this way.

When you hear that people have changed their behaviour or thinking as a result of your words, and all for the positive, it does give you a huge sense of satisfaction, particularly when you were not expecting it.  It certainly provides you with inspiration to continue and that’s exactly what I’ve done.  I’m hoping to open more eyes to what is more acceptable and achievable in this day and age and to quell the fears of out-dated stigmas of the swinging kind.